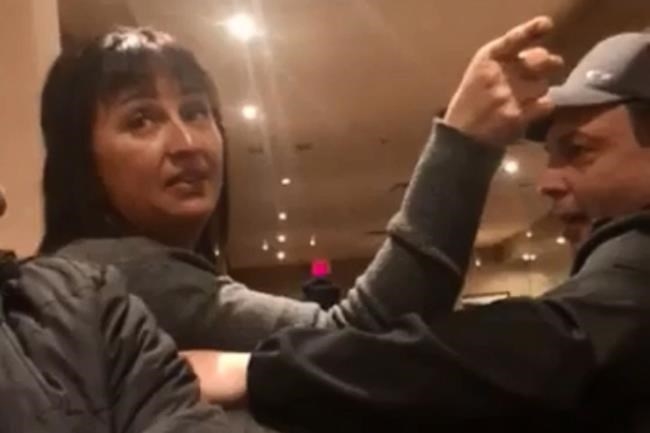 Postmedia is reporting that Kelly Pocha, the woman terminated from her job after a racially charged rant in a Lethbridge Denny’s went viral, has been rehired by Cranbrook Dodge.

The Calgary Herald reports that Pocha’s termination was only temporary and she is now back at the dealership.

“Steve Mercandelli, general sales manager at Cranbrook Dodge, would not comment on why the decision to fire Pocha was reversed,” notes reporter Ryan Rumbolt.

B.C. resident Kelly Pocha has lost her job after a video featuring her racist rant at a Lethbridge Denny’s was widely shared on social media.

The five-minute video shows the woman telling a group of men seated at a table next to hers that they’re “dealing with a Canadian woman right now and I will leap across this table and punch you right in your f***king mouth.”

Pocha continues by saying, “Go back to your f***king country,” and “You’re not Canadian,” in response to one of the men who stated that “we’re all Canadian.”

In The News
B.C. woman fired from car dealership after racist tirade caught on camera at Lethbridge restaurant
Woman in Denny’s video says “That’s not who I am”

Monir Omerzai, one of the targets of Pocha’s verbal attack, posted the video to his Facebook page Tuesday night.

“As a human being, we should never be treated like that and I was never expecting that sort of experience from a grownup lady,” Omerzai said in response to the incident that happened in mid-April.

On Wednesday afternoon, Kelly Pocha’s employer – Cranbrook Dodge – posted on their Facebook page the “employee in question has been terminated.”

“We have recently become aware of a disturbing video that involves one of our employees,” dealership owner Dave Girling said in the post, which has since been deleted. “We are deeply concerned about the content of this video and want all of our friends, families, colleagues, and customers to know that this behaviour does not reflect the values of Cranbrook Dodge in any way.”

In response to the firing, Girling stated “it’s just the right thing to do,” when asked for comment by Global News.

In an interview with Lethbridge News Now, Pocha said they she’s upset the video has gone viral and now doesn’t know how to deal with the fallout. She also acknowledged that the video can and likely will damage her reputation.

“I don’t know how to handle this kind of attention… I really don’t know what to do at this point in time.”

While it is not currently known if Kelly Pocha was terminated “for cause” or without cause (at the time of this article’s publication), this incident has spawned an important debate surrounding the legalities of termination in Ontario and British Columbia.

If Pocha was terminated without cause and proper severance was paid, her termination would be considered legal.

Terminations of this nature can be applied to employees in many cases. In fact, an employer can generally fire an employee for any reason, so long as that reason isn’t discriminatory and doesn’t violate the employee’s human rights. Your employer can fire you because of your tardiness, because you don’t get along well with the rest of the team, or just because they don’t like you. However they MUST pay you appropriate severance. If proper severance is not paid, a wrongful dismissal claim may be brought forward.

If Pocha was terminated “for cause” and NO SEVERANCE was provided, her termination would likely not be considered legal.

Because her racist rant did not occur in her workplace, and she was not (as far as we are aware) representing her employer while at the Denny’s in Lethbridge, a “for cause” termination likely cannot be made directly based on what transpired at the restaurant.

The fact that she is not a prominent public figure or celebrity also factors into the situation, and further strengthens the idea that the lose of her job should not be pegged as a “just cause” scenario.

The anonymous, accurate and free way to quickly calculate the termination pay (severance package) required for an Ontario or BC employee let go from a job.

Many Canadians fired “for cause” by their employer were actually dismissed without cause, and are therefore owed severance pay.

Those employees who are terminated without cause and provided with severance pay are often offered inadequate severance packages, which usually only covers their MINIMUM entitlements as determined by Employment Standards.

Common law in Canada dictates an employees FULL severance pay/termination pay entitlements. This is why it is important to contact an employment lawyer at Samfiru Tumarkin LLP following a termination to determine what your rights are.

Have you lost your job? Keep these two points in mind BEFORE signing an offer: 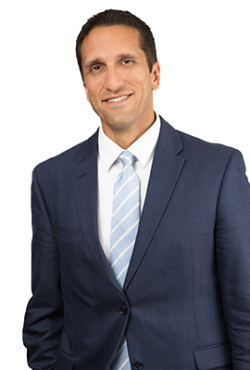 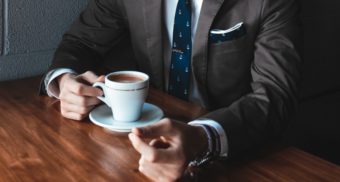